2021-11-26 14:06:03
Time flies, time goes by. The Discovery Trust, sponsored by the China Truck Network, has already conducted two sessions of China Truck User Survey and Selection. Users trust and spread the voice of users has always been the purpose of discovering reliance activities.

On January 18, 2018, it was discovered that the reliance event ushered in the third award ceremony, and the award-winning scene of the Dongfeng Cummins ISD series engine appeared in the mind in 2017, and in the third trust activity of discovery, Dongfeng Cummins The ISD series of engines are expected to win the "China Truck Users' Most Trusted High-Efficiency Medium Engine" award. As the saying goes, â€œTrue gold is not afraid of fireâ€, and the excellent products are not afraid of market impact. The Dongfeng Cummins ISD series engine has successfully accepted the test of the market and won the approval of the majority of users. 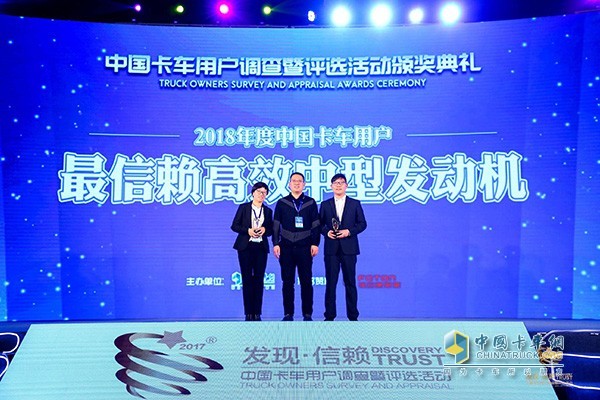 Dongfeng Cummins Engine Co., Ltd. was established in June 1996. As of now it has become a leader in China's engine manufacturing industry, providing advanced engine products to users in China and the world.

The Dongfeng Cummins ISD series diesel engine is a diesel engine developed by Dongfeng Cummins for models such as the light and medium-duty trucks. The ISD series engine includes 4.5L and 6.7L products, and the ISD4.5 series has a rated horsepower range of 160P to 180P. Between 550NÂ·m and 700NÂ·m, the engine adopts an in-line 4-cylinder design and is equipped with supercharged intercooled air intake. Its power can meet the requirements of ordinary light medium trucks; the rated horsepower range of ISD6.7 series engines is 190P. To 300P, the peak torque will reach 1020NÂ·m, which can provide enough power guarantee for the light trucks working under special conditions.

The discovery was super power. It was found that the voice of users of Dongfeng Cummins ISD series engines was the target of finding trust to visit investigation activities. In order to collect real voices from users, the China Truck Network Survey Team visited logistic parks, logistics companies, and individual truck users in most parts of the country, gathering the true feelings of many users for using the products. 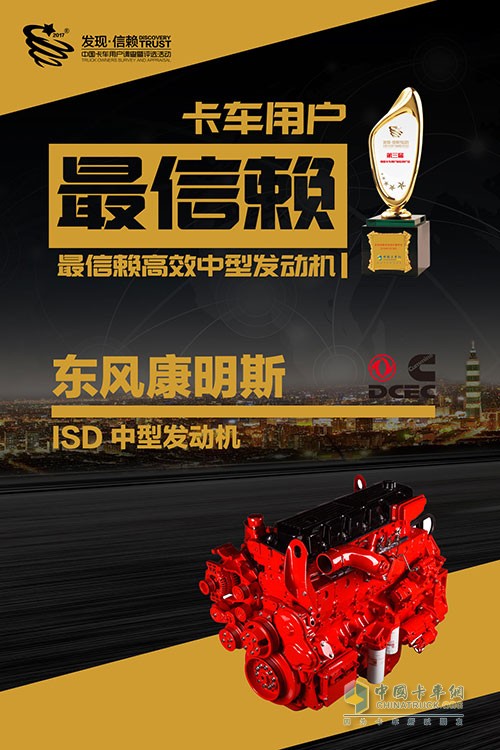 ã€€ã€€ Jia You Qu Jichang, introduced to the logistics industry through relatives. In 2016, a 6Ã—2 Dongfeng Tianlong van with Dongfeng Cummins ISD engine (245 hp) was purchased. Drainage Jichang said: â€œAfter more than a year of actual use, the Dongfeng Tianlong equipped with the Dongfeng Cummins ISD engine has performed well so far and has been able to meet its short-haul, high-efficiency logistics requirements. There has been no problem with the engine so far, especially vehicles. The performance of the speed increase is better, which ensures the timeliness of express delivery."

Discovery is a process. Trust is an attitude. Dongfeng Cummins ISD series engines have won praise from the industry and users due to their many advantages such as economical efficiency, reliability, and high efficiency. In 2018, they again won the â€œChina's Truck Users' Most Trusted High-efficiency Medium-sized Engineâ€ award, which is a gift given by the market and users. sure. Dongfeng Cummins Engine Co., Ltd., as a leading engine company in the engine industry, will also provide users with more efficient and environmentally-friendly products in the future to reward users' trust and support.