2020-02-12 22:05:29
On July 1, 2019, the full implementation of the national six emission standards, the automotive industry is facing a new round of challenges and opportunities, as a well-known enterprise in the power industry, Jiefang Power, with its outstanding technical strength, led the industry to release the national six-power products. To assume the responsibility of the leaders in the power industry and promote the better and faster development of the commercial vehicle industry towards low emissions and low energy consumption. 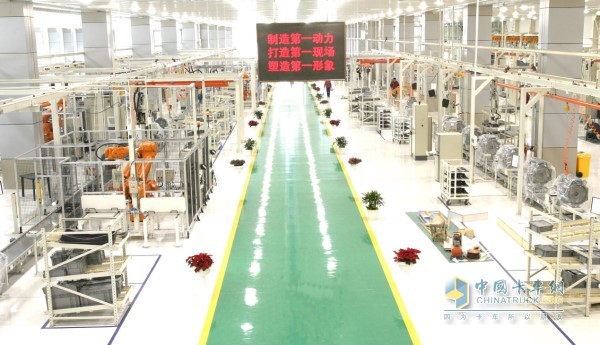 National motivation, do not forget the initial heart

In 1943, the Central Agricultural Implementing Experimental Factory was established;

In 1946, the self-developed 25-horsepower single-cylinder horizontal low-speed diesel engine was the earliest diesel engine in Xicai , and it was called "old ox".

In 1953, the company independently developed the 3110 high-speed diesel engine, which was the main driving force for agricultural and sideline products processing, ship engines and power stations.

In 1966, the Xichai 4120 air-cooled diesel engine was born. This was the first large-caliber air-cooled machine designed and manufactured by China. It was later named â€œsatellite cardâ€;

In 2008, the Aowei CA6DM2 diesel engine independently developed by Xichai was officially put into operation;

Since the 76th year, the liberation of power has been moving forward, not forgetting the initial heart, and firmly establishing the road of "China Core". During this period, generation after generation of liberation engines pushed the historical wheel forward and injected a strong "core" agent for the development of China's power.

On June 26, 2019, Liberation Power released a total of 6 to 13 liters of national six products in Wuxi, using EGR+SCR+DOC+DPF technology solution, which is currently the power solution for Liberation Power. One-step meeting to meet the emission requirements of the national six B phase. And to achieve excellent fuel consumption performance, fully meet the diversified needs of China's heavy, medium and light commercial vehicle market. At present, many models of Jiefang commercial vehicles equipped with the liberation of the National Sixth engine have been put on the market.

For Liberation Power, the first to deploy the National Six Integrated Solution is not only to meet the requirements of national environmental protection regulations, but also to provide the power, fuel economy and maintenance cycle of the high performance of the products. And other product value. It is understood that the test time of all series of products of Liberation Power has exceeded 20,000 hours, plus 1 million kilometers of vehicle reliability test, and has carried out vehicle road test verification in many areas of China, including high and cold areas, high altitude areas. Extreme conditions such as high temperature zones and high-speed, national roads and mountain roads, and sufficient verification to ensure the reliability and stability of users in various environments and various road conditions.

As China's leading and world-class power solution provider, Liberation Power's advantage lies not only in the first launch of the National Sixth product, but also in the simultaneous development of its three major power brands. The simultaneous development of the three major brands can consolidate the existing industry leaders of Liberation Power. Positioning to build a more stable and balanced product ecosystem.

Assistant General Manager of FAW Jiefang Company, Party Secretary and General Manager of the Engine Division Qian Hengrong said: "At present, Liberation Power owns three major product brands: Aowei, Platinum and Jinwei. Aowei is a heavy-duty machine product of Jiefang Power. The brand is centered on science and technology and fuel-efficient. It mainly covers three series of engines: X, M and L. Platinum is a brand new medium-sized machine brand of Jiefang Power. It is based on high-quality and durable, and is mainly used for core value. , H, LD three series of engines; Jinwei is the brand of light machine products of the liberation of power, with light, refined, strong, and progressive as the core of value, mainly covering three series of engines of D, C, B." At present, the total of liberation power It is equipped with 203 heavy trucks, 150 medium trucks and 19 light trucks. It is very adaptable.

The three product brands of Liberation Power have formed a product ecosystem with mutual support, business synergy, harmonious symbiosis and common evolution. In the same industry, this development model is unique to the liberation power and the core competitiveness of the future liberation power.

China's auto industry is facing a grim moment of transformation and upgrading. Enhancing the ability of scientific and technological innovation, promoting high-quality development, deepening reform and opening up, and accelerating green development will become the industry focus of the next stage. Accelerating the pace of technological innovation and accelerating the development of new kinetic energy for automotive intelligent development is the key direction of all automobile manufacturers, power companies and other parts and components enterprises.

Faced with such challenges and opportunities, Liberation Power is not afraid, and will exert its strength in both the traditional internal combustion engine and the new energy engine. Qian Hengrong said: "In the field of traditional internal combustion engines, Liberation Power will continue to adhere to independent research and development, with the "innovation to the extreme" toughness, to create the 'most fuel-efficient, environmentally friendly, most reliable' three-most engine, the tradition The value of the engine is at its peak. In the field of new energy, we will seize the new opportunities of the industrial revolution, keep up with the development trend of the industry, strengthen research on new energy sources such as fuel cells and hybrids, and gather global resources to lead the industry.

At present, Jiefang Power has completed the strategic layout in the fields of natural gas, fuel cell hybrid power, etc., mastered the core technology, and has the relevant reserves to create green, high-efficiency and intelligent power, which can provide the industry and users with a complete set of power system with leading advantages. The plan is to strengthen the leading position of the Chinese power market. 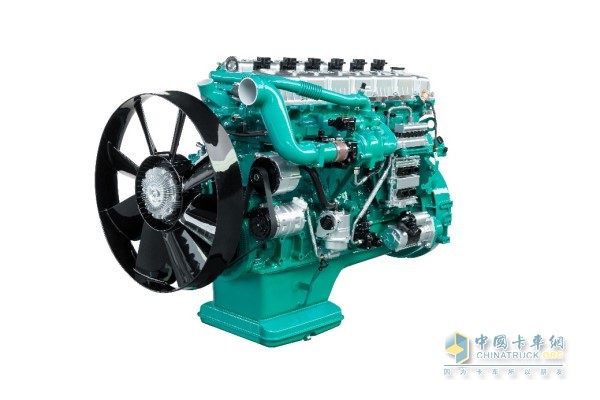 In addition to consolidating China's leading position in the power market, it must become a first-class brand in the international market. With leading technology, long-lasting quality, fine core service and high-end brand, we will enter the high-end market in Europe and America and gradually enhance the international influence and voice of China Power Brand and China Commercial Vehicle Brand.

The deeds and the dead wood are not folded; the perseverance, the golden stone can be awkward. Liberation Power has always been committed to becoming the "China's first, world-class" green, efficient and intelligent commercial vehicle power provider. In the future, Liberation Power will continue to adhere to the technology-driven product quality development and implement "innovation, coordination, green, open, Sharing the five development concepts to promote better and faster development of the national power industry.

Deep Groove Ball Bearing are simple in design, non-separable, suitable for high and even very high speeds and are robust in operation, requiring little maintenance.

Deep-groove bearings have higher load ratings for their size than shallow-groove , but are also less tolerant of misalignment of the inner and outer races.

They are suitable for precision instrument, low noise electromotor, automobile and motorcycle, etc. It is the the most widely used bearing type.

2. OEM order and Non-Standard Bearing order can be accepted.

3. Many sizes of bearing are available. Large quantity bearing can be provided.

4. To respect customers, you can choose the loading port.

5. A certain number of free sample can be provide to support our customer's after-sale services and warranty. 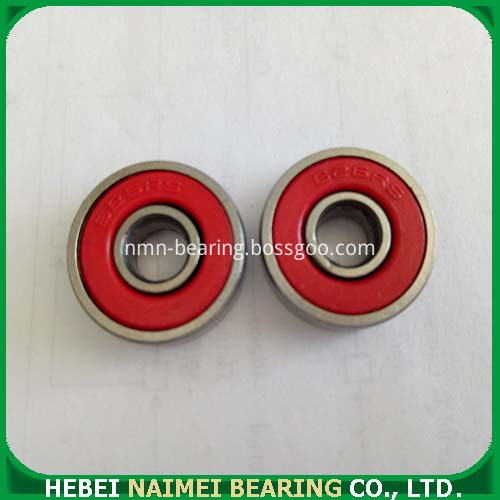 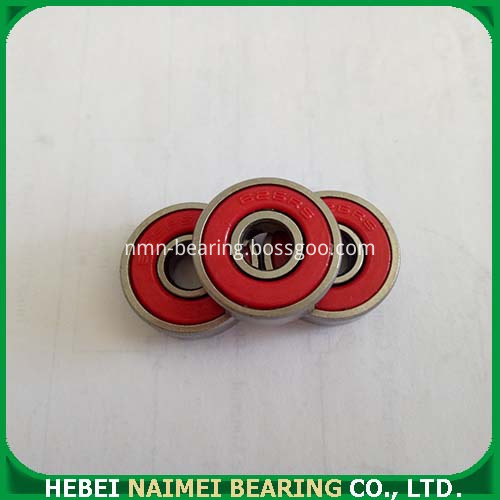 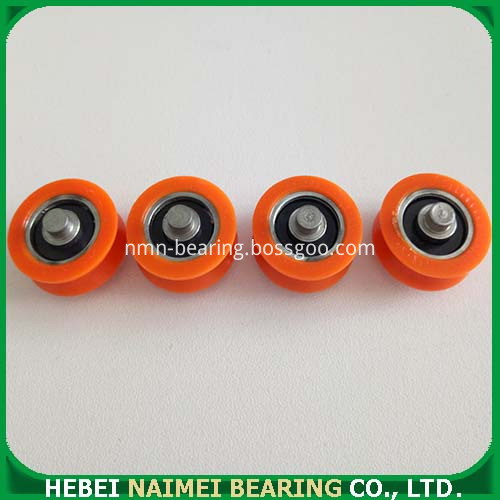 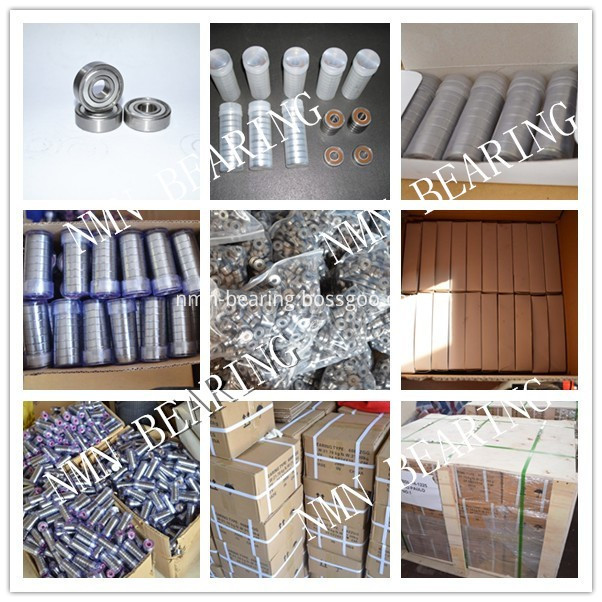 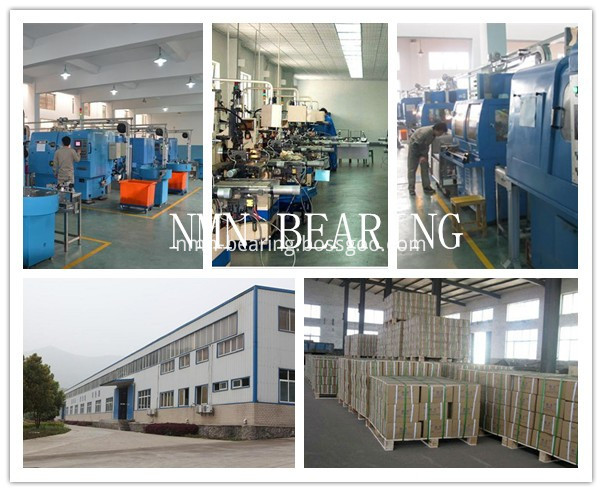 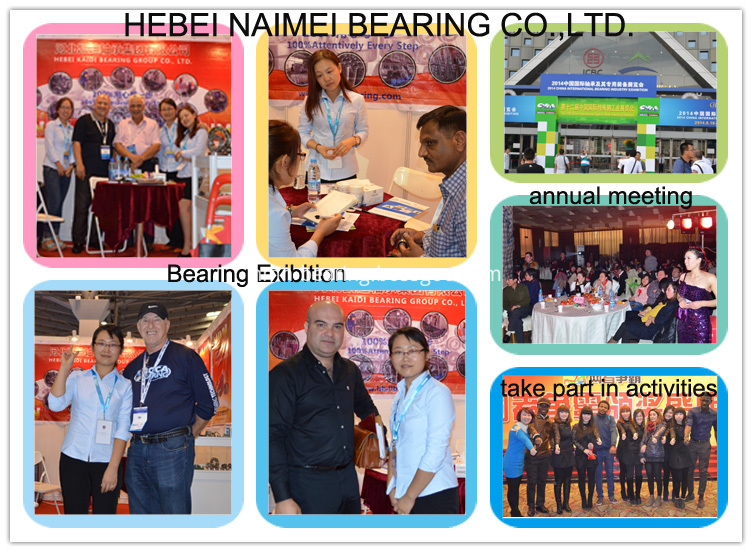